Deprecated: mysql_connect(): The mysql extension is deprecated and will be removed in the future: use mysqli or PDO instead in /storage/content/94/2011594/stockholm360.net/public_html/db_connect.php on line 8 Tallinn panorama / virtual tour gallery

Gallery: Tallinn
Deprecated: mysql_connect(): The mysql extension is deprecated and will be removed in the future: use mysqli or PDO instead in /storage/content/94/2011594/stockholm360.net/public_html/db_connect.php on line 8

Currently 5 Panoramas in This Gallery

Unesco's description:
The origins of Tallinn date back to the 13th century. It developed as a major centre of the Hanseatic League, and its wealth is demonstrated by the opulence of the public buildings (the churches in particular) and the domestic architecture of the merchants' houses, which have survived to a remarkable degree.
Tallinn is an outstanding and exceptionally complete and well preserved example of a medieval northern European trading city that retains the salient features of this unique form of economic and social community to a remarkable degree.
The main attractions are in the two old towns (Lower Town and Toompea), both easily explored on foot. 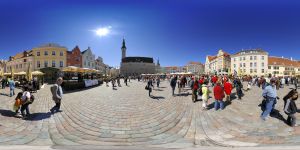 Town Hall Square (Tallinn, Estonia) has been a meeting place and marketplace for centuries. The square in front of City Hall was an active marketplace, even before the town hall was built. They used the square for all kinds of public events, from partying to the killings. Today the square is the city's social center, with lots of beer gardens in summer and concerts, craft sales and medieval markets. 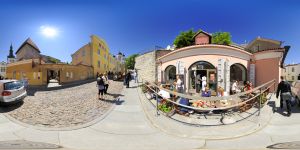 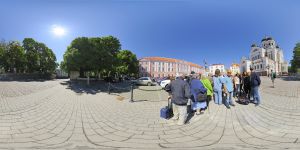 Alexander Nevsky cathedral is Tallinn's largest domed cathedral. The large, richly decorated Orthodox church was built in a mixed style of Toompea in 1900, when Estonia was part of the Russian tsarist empire. The architect was Mikhail Preobrazhenski from St. Petersburg. Tallinn, Estonia. 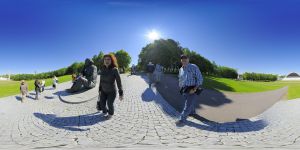 The Tallinn Song Stage was built in 1959 for arranging the Song Festivals. The stage was meant to hold over 15 000 singers but itâs also possible to use it the other way â the performance will take place in front of the stage and audience is sitting on the stage. 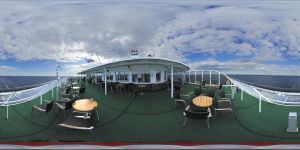 Stockholm-Tallinn Ferry, leaving Stockholm every day for Tallinn. Another Ferry leaves Tallinn for Stockholm about the same time.